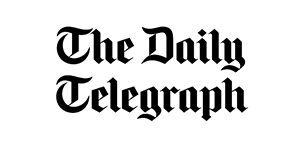 Alan Tovey – an important milestone in the development of commercially-useful drones has been passed with a record breaking beyond-line-of-sight civilian drone flight.

The privately-owned company FlyLogix set a British record after completing a 50-mile offshore round trip. The Condor drone’s flight took off from Blackpool airport over the Irish Sea where it inspected one of Centrica’s unmanned platforms in Morecambe Bay. Infrared sensors mounted on the Condor were used to survey the platform, providing a more efficient and potentially safer way of checking the rig without having to send staff out to sea. Current Civil Aviation Authority rules mean drones have to keep below an altitude of 400 ft and not fly beyond visual sight – generally accepted to be about 1,500 ft. However, special permission was secured from the regulator for the flight of the Condor. It was piloted remotely by an operator on the ground at Blackpool once out of sight.

The flight – which hit a maximum altitude of just 100ft, putting it in the danger area where it had to avoid tall buildings and hills – is seen as a major achievement for drones. It is one of the first times such an aircraft has gone over the horizon to a specific site and carried out a mission, rather than flying a pre-programmed route. FlyLogix, a start-up based in Chichester which has five staff, says the mission was designed to prove capability rather than a commercial deal, though it is hoping to land contracts as a result of the record flight. Charles Tavner, chairman of FlyLogix, said:

“This is a major milestone as we showcase the significant benefits of our long-range offshore drone service, and ultimately demonstrate the future of offshore inspection and logistics. FlyLogix is uniquely placed to deliver this service. We have clearly shown the track record, the technology and industry knowledge to complete these operations and are excited about rolling this service out more widely.”

Drones are seen as a growth area with the global market for flying robots valued at $127bn by PwC. Infrastructure applications are expected to make up more than a third of the total. Survey work for industries such as construction and energy are expected to generate the greatest demand, offering a new point of view from traditional methods involving humans on the ground. Small drones equipped with cameras and flown by pilots within line of sight are already being used worldwide to survey windfarms and bridges.

Other commercial applications include damage assessments in the insurance sector and agriculture, where as well as monitoring the condition of crops, unmanned aircraft are being used to spray fields with pinpoint accuracy where pesticides or treatments are required. Earlier this week the Government said it plans to introduce mandatory registration of drones and safety awareness courses for pilots of those which way more than 250g.

Mags Duncan-DuggalNovember 3, 2021
In The News

Flylogix in operation – safe, successful and busier than ever

On the road to net-zero logistics

Get regular updates about our latest services and projects